For A Special Friend 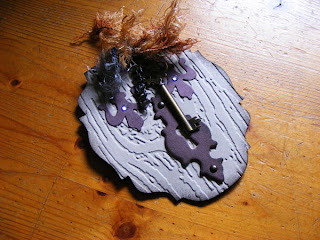 I was invited recently to an appreciation night for a good friend. We had to make a tag, card or postcard with a comment on it about why we appreciated this special person. This is the card I made for her. I also had to include a ribbon/fiber on it that represented her favorite color...which I got wrong! This fiber has brown and blue on it, my idea was blue. BUT... I now know her favorite color, burgundy. 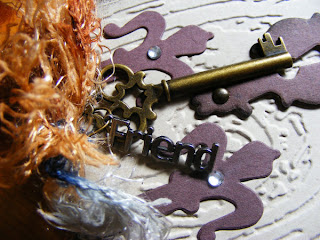 I know it is not very feminine but I knew she would know it was from me because it is my style. I included a key because she knows the key to being a good friend and a "friend" charm, well because she is one of mine. 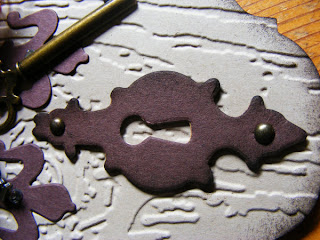 The lock is because she knows how to unlock my heart and allows me to be me. She always accepts me no matter what. She is supportive and always happy for me when I am happy and comforts me when sad. Inside there was a special message just for her. I went to my mailbox today and you know what, I got a special card from her expressing her appreciation for me. She is just like that.
Love you my special friend...
Thanks, 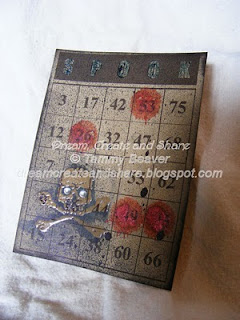 I did not have a picture of my Halloween Ephemera Bingo cards to show you when I made the post for them the other day. I finally got some printed off and even better than that I altered them so you can see how fun they are to work with. Above I stamped in clear embossing power a skull. Then Glimmer misted the card with Raven.I rubbed the excess off of the skull then used a dauber to mark several numbers on the card. The word letters were then covered with crackle accents, which somewhat turned black from the Glimmer mist. Of course the edges were sponged with black. 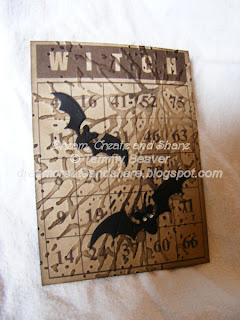 I used an embossing folder on this one to added the cracked effect. I then embossed and die cut two bats and adhered them to the card. I added some bling for the bat's eyes. The final touch was some sponging to add that aged look. 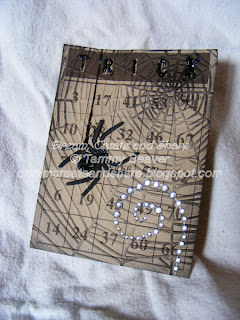 My third and final sample for the day is also embossed using a spider web. I used stickles in black for the letters and the spiders web line. The spider is embossed and die cut from the same folder used to make the bats. I added some stickles to the body of the spider. I then added a gem flourish to the lower corner. and sponged the edges and a bit over the raised part of the embossed web.
I have added another set as well, the new words are SKULL, BONES, TREAT and GHOUL
You can get my Halloween Bingo Card here.
I hope you enjoyed these fun ideas.

I'm just still making some huge adjustments in my life. Legal stuff with my separation, applying to go back to school and looking for work, all the while babysitting my grandson and raising my two youngest children...now for some of you this is a breeze but for me it is challenging so, stay tuned...I will get regular with posting again as soon as possible. 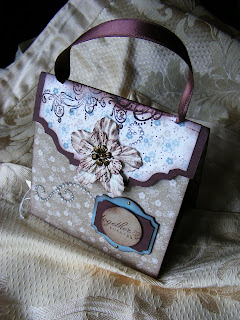 I would like to thank those of you who have expressed care and concern for my " missing in action " presence. 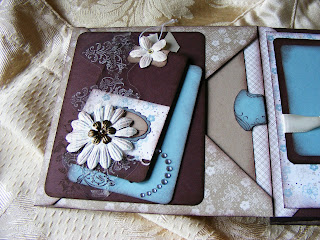 Huggs to you all, 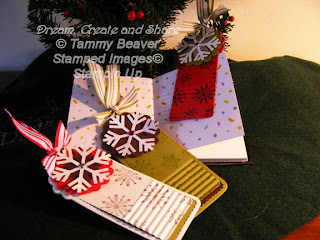 The Challenge at Paper Cubed for this month is to create a bookmark. This is a very simply but effective bookmark. I layered two die cut tags from the Two Tags die from Stampin Up together. The top piece is cut, using a exacto blade, around the perforation to make that piece seperate. It is the part that slips over your page. I added the crimping on the bottom as a decorative touch. These ones are Christmas themed but this tag is so versatile you can turn it into any theme. 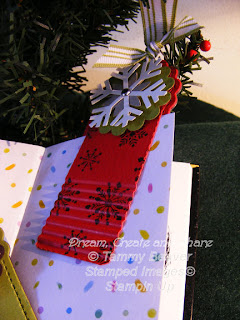 This is how it fits over your page. Fun, fast and effective....Fabulous!
Thanks,

Posted by Project Create at 5:31 AM 4 comments:

Project Create
I am a mom of six children, two of which still live at home with me. I enjoy anything creative and love sharing that creativity with all of you! You can check out my website at http://dcands.ca

Thank you for visiting my blog. You are visitor number...